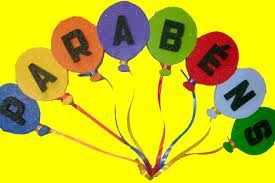 First a little history:  Parabens are a family of synthetic preservatives widely used in cosmetics around the world since the 1920's because of their efficacy, low risk of irritation, and stability.  This family includes butylparaben, ethylparaben, methylparaben and propylparaben, with the last two being the most commonly used. All of these parabens are effective against a broad spectrum of microorganisms, including most fungi and most bacteria.  They prevent growth of other possible contaminants such as yeast and mold.  They are used in quantities of 0.1 to 0.5 percent of total formulation, and it is estimated that 30 percent or less of the total amount of paraben used (0.03 to 0.15 percent) may penetrate the skin.

In 2004, the safety of parabens and preservatives became and issue.  This was the result of a UK study that focused on the use of paraben-containing deodarants.  It evaluated if long term use of parabens was biocumulative and thus somehow related to breast cancer.  Since then, cosmetic chemists who are familiar with the skin-penetration activity of parabens maintain that accumulation of parabens from topical application is not possible because once parabens enter the skin, they form metabolites that are incapable of mimiking estrogen. Other studies indicate that after entering the skin, parabens are metabolized in para-hydroxbenzoic acid with only a small percentage remaining as the original paraben.

The most recently conducted studies seem to invalidate the claim of  potential breast cancer risk when using cosmetics with parabens. Studies have shown that parabens are 1,000 to 1,000,000 times LESS estrogenic than estradiol, the major estrogenic compound in the body. Lets put this into perspective a little bit more. Phytoestrogens, substances from plants that have estrogen-like qualities including soybeans, clover, strawberries, sage, red clover, pumpkin, and rosehips (among others), and are considered to have natural estrogenic effects 1,000 to 1,000,000 times STRONGER than parabens.

According to the American Cancer Society:
Other studies have found some form of parabens in the urine of about 99% of US adults. This would suggest that people are getting parabens from more than one source. But so far, studies have not shown any direct link between parabens and any health problems, including breast cancer. There are also many other compounds in the environment that mimic naturally-produced estrogen.

The bottom line is that larger studies are needed to find out what effect, if any, parabens might have on breast cancer risk.

I recently heard someone comment that parabens have been banned in the European Union.  Upon further researching this comment I found it to be another bit of mis-information which is floating around.

It's a shame that parabens get such a bad rep off of a study which was done and ruled inconclusive.  This family of preservatives has been around and studied for 91 years!  That's quite a track record for something which is perceived as being so very dangerous.

In conclusion, are parabens bad and will they kill you? No, but if you feel that they are a threat at least do your own research and come to your own conclusions instead of jumping onto the bandwagon of mis-information which is driving around out there.